Love is a Sacrifice

"There's one up there in that tree!"

I held my breath and crept closer, camera in hand, hoping to be unnoticed by the elusive animal. This was a once in a lifetime sort of experience for most people...and this was my second time to see one! But more importantly, it was the first one my daughter Sharon had ever seen! And she had wanted so much to see a Quetzal. 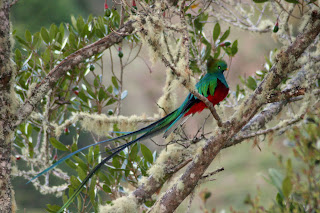 Back in 2000 I went on a missions trip to  with Doe River Gorge. In the area of the camp that we were working with they jokingly claimed that "There are so many Quetzals here...we eat them for breakfast!" 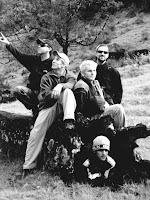 As much as I love and am ready to sacrifice for my daughter just to see her joy, how much more has our Father loved and sacrificed for us? He has created the world for us and He sacrificed His Son for us. 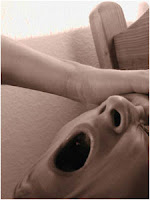 I had a hard time getting to sleep on the night of November 4th...
Spiritual, emotional, and (of course) political thoughts and fears floated about in my mind as I tried to fall asleep. It wasn't that I was overly scared of the future, really. I simply could not get the thoughts to go away. I'm not an avid worrier but the truth is that I was worrying.
Someone once told me that worry is just disbelief in disguise. The act of worrying communicates to the Father that I don't believe that He is capable of handling my situation. Or maybe that He won't come through for me in THIS situation. 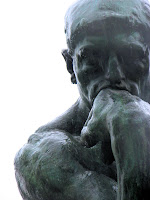 Confession is good for the soul...so, in order that you can pray for me, here are some areas where I could tend to worry:
So there...I've gotten some of them out in the open. I know that admitting the problem is the first step in dealing with the problem. 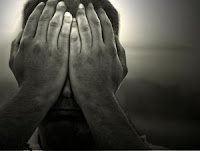 OK...now what do I do with these feelings of worry? It's not like I can just stop thinking about the things in life that concern me. I believe God is big enough for what I am facing... yet I still have nagging thoughts and concerns.

I'm not alone in this. Jerry Bridges relates in his book, 'Respectable Sins', "I find the words of the the father of a demon-possessed son encouraging: 'I believe; help my unbelief!' (Mark 9:24)." Just like this concerned father in Mark's gospel, I'm going to need Jesus' help in mastering my worry. (By the way, I recommend the chapter on Anxiety and Frustration in the book "Respectable Sins" on this subject!)
"Humble yourselves, therefore, under God's mighty hand, that he may lift you up in due time. Cast all your anxiety on him because he cares for you."
I Peter 5:6,7 NIV
Even though I can't totally get rid of my worries, I can choose to believe in the power of God (Faith) and actively cast them on Him. He cares about all the things that worry me. I must believe that this is true. And real belief doesn't just think about truth, it does something about it. I am commanded to cast my cares on Him because it's my tendency to rebelliously hold on to them as if I am more capable to deal with them than He is.
Choose with me to believe that He is faithful and will be sovereign in today's problems...and in those of tomorrow too!
~ jefe 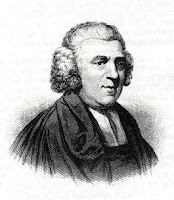 "We can easily manage if we will only take, each day, the burden appointed to it. But the load will be too heavy for us if we carry yesterday's burden over again today, and then add the burden of the morrow before we are required to bear it."
~John Newton
Posted by jefe at 2:22 PM 1 comment: Do you ever wonder why we do this ministry the way we do? Is it really a good idea to spend the Lord's money and ministry time on things like challenge courses, paintball equipment or gift shops? Would our ministry and money be better spent serving the underprivileged instead of on adventure activities, disc golf courses, and Hawaiian Ice machines?
These are not only reasonable questions but necessary ones! Because this generation of young people is so hard to reach, we really do need to be sure that what we are doing is valuable in getting their attention and expanding the Lord's purposes in the the world. Well, the proof of that is in the proverbial pudding. When all is said and done, are the results worth the expenditure?
One assumption must be addressed at the beginning... the assumption that since much of what we do costs a lot of money, then we can't be ministering to the needs of the underprivileged.
No doubt there are many who come to Doe River Gorge who are wealthy. There are also many who come who cannot afford the fees of our ministry. People from all walks of life need Jesus. I was recently told by our Director that we have never turned anyone away because of finances. So far God has provided the money to help those who need it.
Doe River Gorge has great comfortable facilities, fantastic activities, amazing food, and over 100 staff providing an unforgettable fun experience for kids ages 8-18. Is it really worth it to do all this?
"Taste and see that the LORD is good;
blessed is the man who takes refuge in him."
Psalm 34:8 NIV Many who come to Doe River Gorge have not had good experiences with the church and have a poor image of who God is. We want them to taste and see that the Lord is good. We do this by giving them a comfortable bed in an air conditioned room...by giving them great food...by providing the fun and adventure that they're looking for...by loving and accepting them for who God made them to be...and by teaching them about how much God loves them. When they realize just how great our Father is, many of them become eager to turn to Him through the drawing of the Holy Spirit and through the work of Jesus on the cross.
It is an amazing thing to see!
In just the first two weeks of Adventure Quest this summer we have seen:

Those are pretty cold numbers until you think about the fact that each one of them is a soul loved by our Father...someone changed forever by Him.

I'd call that some pretty good "pudding"!

Get FREE email notifications of posts to our blog! Enter email and click “get email updates”.